I got another decorating “job” over the weekend. One of our neighbors just turned 16, and her mom asked if she could hire me to make cupcakes. Of course I said yes!

It was a really easy job, too– the mom told me exactly how she wanted the cupcakes done (purple icing with pink hearts). So, for the sixteenth birthday party, I made sixteen of the following: 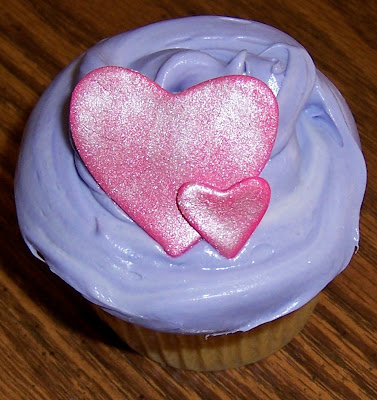 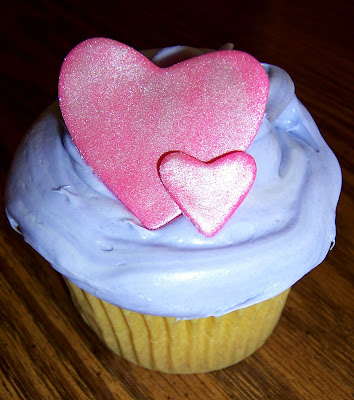 The cupcake recipe is from Vegan Cupcakes Take Over the World (as usual), and the hearts are made out of fondant. People have been emailing/leaving comments asking if I can write a post on how to use fondant. So be on the lookout for such a post in the near future!

As always, I know I’m way behind on commenting… I’ll try and catch up after my next post. For now, though, it’s so hot that I’m going to immerse myself in my friend’s pool until my fingers turn into raisins. Sounds like an idea and a half, no?