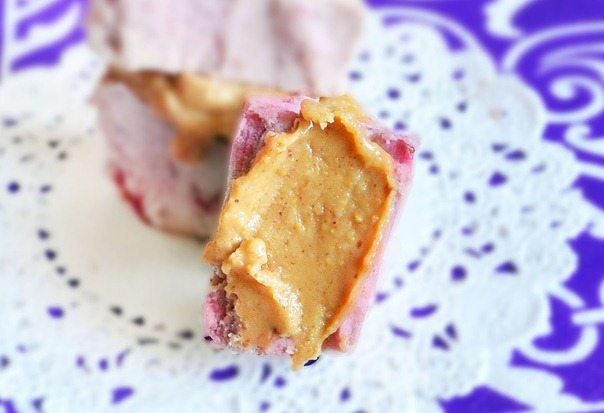 One of my friends summed up the following recipe perfectly:

“It’s like eating a peanut butter and jelly sandwich… in fudge form!” 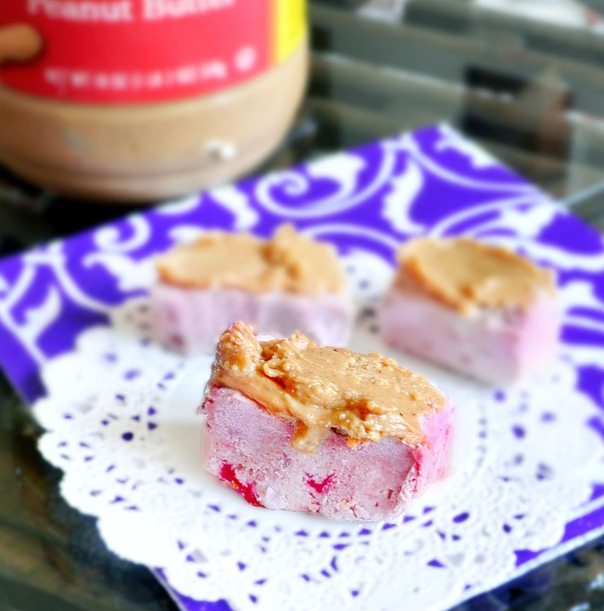 Blend the berries first. (I used a Magic Bullet cup.) Then add the other ingredients and blend until smooth. Put in a container, and freeze until firm. It’ll keep for at least a few weeks in the freezer. (Just be sure to thaw before eating.)

(This version probably has fewer calories because berries aren’t as calorically-dense as bananas… but what’s a calorie-count anyway, if not an estimate?) 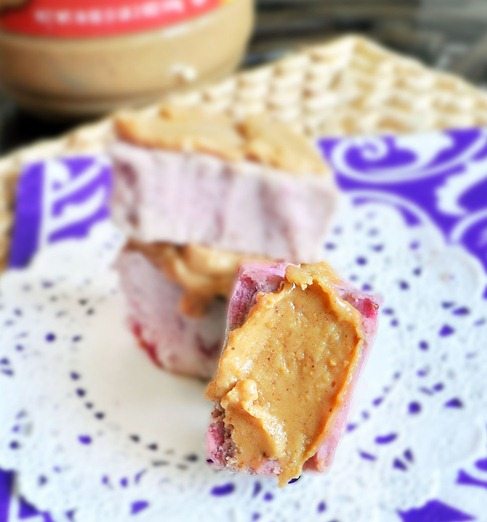 And a close up.

You know you wanted one. 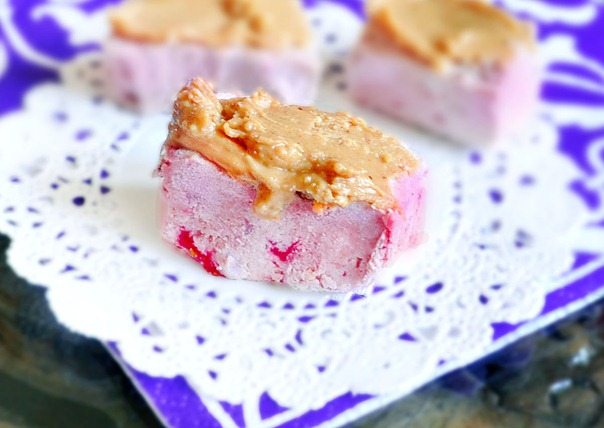 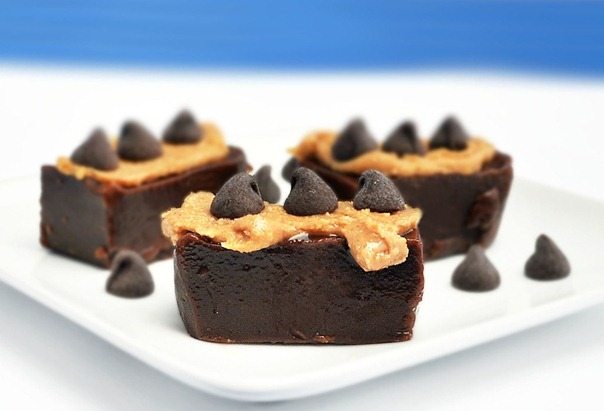 As a kid, what kinds of lunches did you take to school?

I went through different sandwich phases that would last about a month or so. One month, it’d be a cream cheese and jelly sandwich every single day. Another month was turkey. In middle school, I started a love affair with pb-banana sandwiches. Oh, and when I was very little, my favorite packed lunch was a nutella sandwich. People thought it was weird. Who knew that, almost twenty years later, nutella would become so trendy? I was such a little trend-setter.