When the Atkins craze finally bit the dust, you couldn’t have found a happier girl than me.  However, all too often I still hear my friends, family members, and fellow bloggers voice a fear of:

(Click for more on the Alfredo Pasta meal above)

Pick up any health magazine, and you have a good chance of seeing a celebrity interview where said celebrity credits her slim physique to:

1. An absolutely-no-bread diet
2. Eschewing all carbs after 7pm
3. Steering clear of pasta at any cost… after all, pasta is Satan in noodle form, right??

This is ridiculous! I would argue that these celebrities are thin thanks to regimented workout routines (hello, personal trainers!), low-calorie diets that do not include very many Mexican-restaurant gorges or Dunkin Doughnut runs (meal delivery service, anyone?), hectic, on-the-go schedules, and industry pressures that motivate and remind them to keep up these practices. It’s not the carbs! I feel sad every time one of my friends admits to a fear of carbs—pasta in particular.

You deserve to eat pasta! Real pasta. There’s a reason carbohydrates exist: protein repairs and rebuilds cells, fats provide hormonal functions for cells, and it’s the job of the carbohydrates to energize cells. Cut out carbs, and you cut out energy. You’re doing your body a major disservice, especially if you’re highly active.  We live in a society that deems any weight loss a good thing. But on low-carb diets, the major source of weight loss is muscle loss (which, in term, slows one’s metabolism) and water loss/dehydration (which presents a problem for one’s kidneys and can cause one’s body to go into a very dangerous state called “ketosis”). So yes, one may initially lose water weight and muscle weight on a low-carb diet; but in the long run, it means a sacrifice of one’s metabolism and muscles.

And a lack of carbs in one’s diet has also been associated with inferior athletic performance and brain function.  Glucose (from carbohydrates) is the favored fuel for one’s muscles, brain, and central nervous system, so a breakdown of glycogen (the storage form of glucose) causes fatigue and confusion, thus inhibiting the desire and ability to exercise.  Part of the reason carbs get a bad rap is that people fill up on highly-refined grains—cookies, white flour, etc.  But restrict whole-grain carbohydrates and you’ll be missing out on fiber, B vitamins, thiamin, niacin, and even protein (surprisingly enough, grains offer quite a bit of protein).

Most of you are probably rolling your eyes at me right now, because how can one little blog post successfully counter a message that’s been drummed into Americans’ minds for years and years and years? But consider the source. While I’m not going to get into specific numbers (the subject of this post is not my weight; if you’re interested in that, please see my FAQ page), I’m nowhere near overweight. I adore carbs. You know this. Carbs fuel my super-active runner lifestyle, fill my body with essential nutrients, and—most importantly—taste delicious.

And yes, pasta too.

One of my friends told me the reason she stays away from pasta is that it’s such a small serving and, for the same amount of calories, she can eat a much bigger serving of say, spaghetti squash.

True, a big bowl of something like my favorite voluminous oatmeal recipe can be much more filling than a small bowl of pasta. But sometimes you don’t want to feel bloated after eating (such as if you have a date that night!). Also, I’d argue that if one tries to fake oneself out with a pasta substitute, he or she subconsciously won’t feel as satisfied after eating because his or her brain knows it’s a substitute and therefore doesn’t register that the food craving was met.  This can thus lead to bingeing as the brain attempts to satisfy the craving for the desired food, so, in the long run, a person can end up taking in way more calories than if he or she had simply indulged in a small amount of the real stuff to begin with.  It’s like those studies that have shown people who use artificial sweeteners actually end up consuming more calories than those who don’t.

This isn’t to say spaghetti squash is not satisfying in its own right; it’s only when such foods become replacements for others that a problem can arise. Although spaghetti squash, zucchini spirals, mushroom pasta, and those Asian shirataki noodles can be super-fun to eat it’s sad when they completely replace pasta in one’s diet.

This doesn’t mean one should quaff down a quadruple serving of Fettuccine Alfredo every day because “CCK said it’s ok” (especially since the sauce, not the pasta, is filled with unhealthy saturated fat and cholesterol). Everything in moderation. But it’s recommended that the average person take in 6-11 servings of whole grains per day (depending on activity level; athletes obviously need more carbohydrates than sedentary people).

So go ahead and eat those carbs (especially if they’re served to you by a cute boy)! 😉

You are here: Home / Non-Recipe Posts / In defense of Carbs 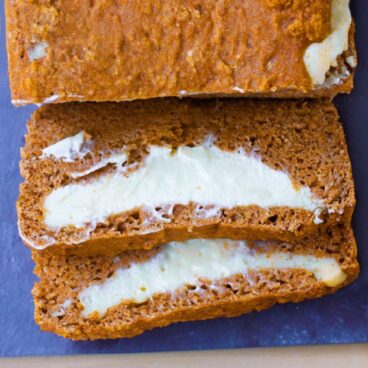 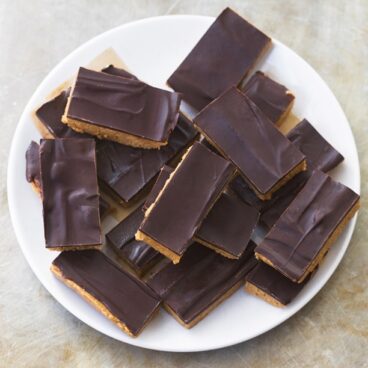 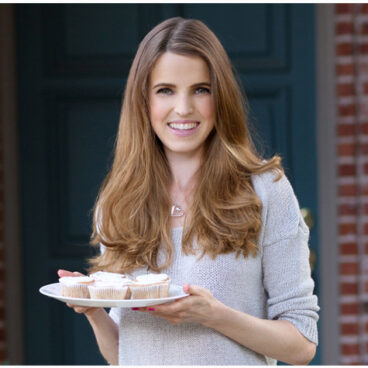