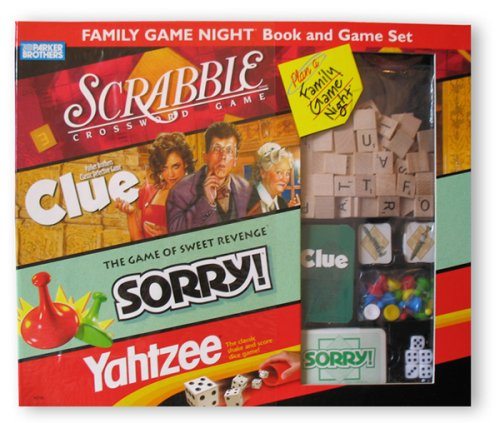 What is it with guys and Monty Python?

Saturday night, I sat through Monty Python and the Holy Grail with one of my guy friends. Next weekend, methinks I will force him to watch Notting Hill or another such girly movie. It’s payback time!

Actually he already paid me back by letting me cook vegan food for him. Mid-way through the movie, he informed me (in true guy fashion), “I’m hungry. Whatcha got to eat?” I joked back that if he wanted to eat in my house, he’d better like tofu! But, to my surprise, my steak-loving friend responded, “Hey, I’m up for anything. Bring on the tofu!” And so I did.

Well, not exactly. There was no tofu in the meal I prepared for my friend. But there was vegan cheese: 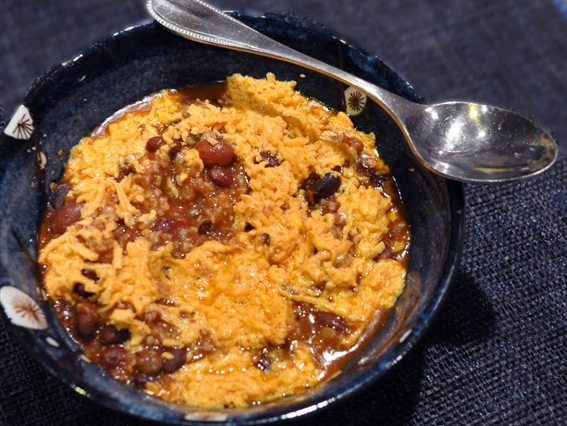 (No, not the unfortunate haircut)

1. Mix the bulgur and chili, then add the cheese to the top and microwave.
2. Stir and serve.

The chili took about a minute to make, not including microwave time. This was good, because I didn’t want to be stuck in the kitchen for hours on end. Not when we had plans for a Game Night.

So basically, for the chili, I looked around in the fridge and pulled out random leftovers that sounded like they’d go well together. The Daiya had been in my refrigerator for a while because I didn’t like it much when I tried it; it tasted too much like cheese!

My friend thought so, too. After he took a bite of the chili, he actually remarked, “This is really good. But I thought you were making me vegan food. You didn’t have to add cheese.” Haha you should’ve seen the look on his face when I told him the truth ;).

Unfortunately, I can’t show you, due to my policy on posting photos. But I can show you another guy’s face. And this face is priceless. Are ya ready? 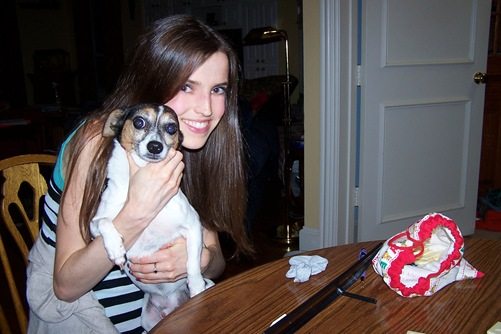 After hungry friend finished every last bite of his chili, we left Monty Python paused, and a few other friends joined us for a Scrabble war. (I won. Take that, boys.) Henry wanted to play too, but my friends said no. I think they were secretly afraid of being beaten by a puppy. Is that really worse than being beaten by a girl?

Question of the Day:
What’s your favorite board game?

Although I’m really good at Scrabble and love love love Scattergories, my #1 favorite has to be Monopoly. I’m evil with that game, and I always win… but this means no one wants to play with me anymore lol.

You are here: Home / Non-Recipe Posts / How to feed a Hungry Guy