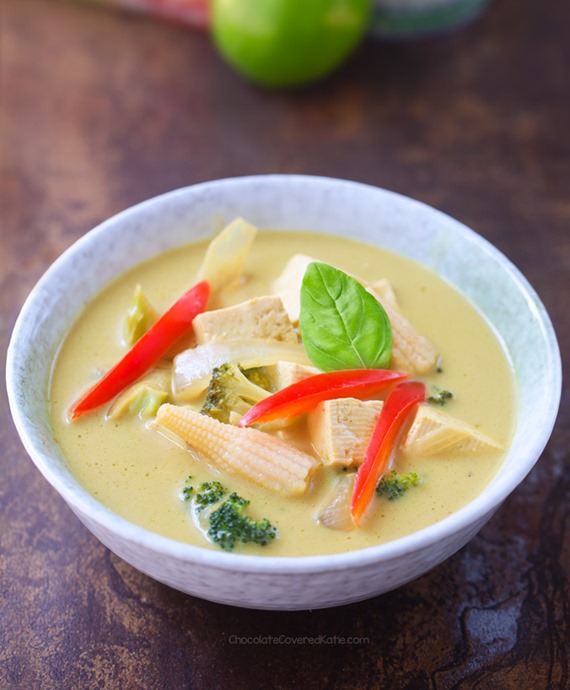 When I first started writing this, it was just meant to be a simple reply to a comment I received from someone interested in veganism (Hi Cecilia! *Waves*). But by the time I’d finished writing my answer to her question, I discovered I’d written so much that I should just turn my reply into a post! So here it is:

Hi Cecilia (and everyone else who is intrigued by veganism),

I can honestly say that going vegan was the best decision I ever made! I feel better (both physically and mentally), have so much energy all the time, and am just really happy with life in general. 🙂

I first became a vegetarian (cold-turkey… or cold-tofu?) in middle school, due to a love of animals, and had no intention of going vegan. I liked my ice cream and cheese too much! For the first month of being a vegetarian, I really did miss meat. But have you heard the saying “28 days to break a habit”? I think it’s true; after a month, I was surprised to find that the idea of eating meat suddenly seemed revolting to me.  Once I read up on factory farming and learned about the health drawbacks to dairy (and all the hormones and antibiotics they feed to the animals, which in turn end up in our bodies), I decided I really did want to be a vegan. One of the books that helped me realize this was John Robbins’ Diet for a New America.  And I started to see how odd it was that we’re the only species that drinks another species’ milk.  So I gave up dairy products for Lent after being a vegetarian for one year, and I never went back.

However… I know that the cold-turkey method doesn’t work for everyone. So maybe you’d want to start out by designating a few days a week to be a vegetarian or vegan. Then you could add more days as it gets easier. Or you might want to start by eating one vegan meal per day. Invest in at least one really good vegan cookbook, as well as one good book on nutrition. My go-to book whenever I have a vegan nutrition question is The Vegetarian Way, by Virginia and Mark Messina.

I think it’s probably harder to give up meat than it is dairy because of all the good-tasting dairy substitutes out there. Don’t try fake meat products expecting them to taste like real meat. Instead, maybe start out with meals that are vegetarian on their own, such as pasta with marinara or peanut sauce, coconut curry, veggie stir-fries with noodles, rice pilafs, soups or stews, peanut butter and banana sandwiches (or pb& j), bagels, cereal, baked potatoes with vegetarian baked beans, black bean fajitas, hummus sandwiches, chilis, etc.

You can try foods like tempeh, but don’t treat them as a meat-substitute; rather as just another delicious and healthy food. Don’t worry about getting enough protein—as long as you get enough calories to meet your energy needs, you will be fine. In fact, many omnivores get too much protein, which can be a problem because protein leeches calcium from your bones! So not every meal has to have a protein component. Besides, grains and veggies actually have some protein, themselves. Plus, there are beans, nuts, nut butters, and foods like tempeh, seitan, soymilk, and tofu (crumbled up veggie burgers in stir fries are good too).

As for the dairy: a great ice cream alternative that even my non-vegan friends and parents like is Purely Decadent ice cream, especially the cookie avalanche flavor.  If you’e wary of soy, try the coconut milk-based ice cream from the SoDelicious company.  I find Tofutti ice cream to be too sweet, but I like Tofutti Better-n-Cream Cheese. I also love Amy’s brand Bistro or California burgers (much better than Boca, I think).  Milk alternatives abound these days, so don’t give up if you aren’t a fan of the first few you try.  I tried three brands of soymilk and two brands of ricemilk that were just ok before I fell in love with Almond Breeze or Silk almondmilk.  Many people also like Vanilla Rice Dream, which has a sweet taste. Oat milk, almond milk, hemp milk… there are so many “milk” choices that it’s just a matter of finding the right one (or two or three!) for you.  Most brands are also fortified with nutrients, so you’ll get the same vitamins as you would from cows’ milk (such as calcium).  Also, flavored soymilks are delicious, even to many non-vegans. Look for Silk spice latte, SoDelicious mint-chocolate, Silk coffee, etc.

If you’re in the UK or USA, Whole Foods Market is a great place to shop, filled with the aforementioned vegan products and more, such as vegan cookies, frozen waffles, and cakes. Or, if there isn’t a Whole Foods near you, just look for a health food store or a natural section of a regular grocery store. Regular grocery stores are becoming much more veg-friendly; you can even find healthy products in Wal-Mart these days.

As for eating out…

I wrote a long post here: Eat Out on a Special Diet

If you go to a party, you can offer to bring a main dish and/or a dessert so that you won’t feel left out when everyone else is eating cake. Most vegan cookbooks have great dessert sections (plus there are so many recipes online and on blogs, as I’m sure you’ve discovered!). If you’re hungry while at the mall, you can opt for a smoothie (make sure you get one without yogurt) or an Auntie Anne’s pretzel (ask them to hold the butter—they hear this request all the time from fat-wary customers).  And if you’re going out to a restaurant, maybe look at the menu ahead of time, and if there isn’t a vegan option, call the restaurant—many chefs are happy for the challenge of making a customized vegan dish (sometimes they get bored of making the same thing day in and day out). Or you can always come up with your own menu item by substituting. For example, if there’s a meat-y meal that comes with a side of veggies, you know that they have veggies. So you could ask for a baked potato or pasta with veggies, or a salad hold the cheese, etc. And google to see if there are any vegetarian restaurants in your area.

There are so many amazing vegan products and recipes available nowadays that it’s possible to satisfy almost any craving you may have! Just search through my recipe page to see that a vegan diet definitely doesn’t need to be boring ;).

Any other craving I haven’t covered?  Just google “vegan ______” and you’ll probably be amazed by how much comes up!

I’ve probably given you way more info than you were expecting!  Hopefully some of this is helpful! Good luck on your adventure.  And even if you never make the switch to becoming completely vegan, cutting back on animal products at all is a great thing to do– for the animals and for your health. You are not any less wonderful of a person if you find it too hard to be 100% vegan, so never beat yourself up.

Every little bit that you can do helps, and every little person can make a big difference in this world!

P.S. I’m always here to talk, both on the blog and the CCK Facebook Page.

You are here: Home / Non-Recipe Posts / Curious about Veganism?