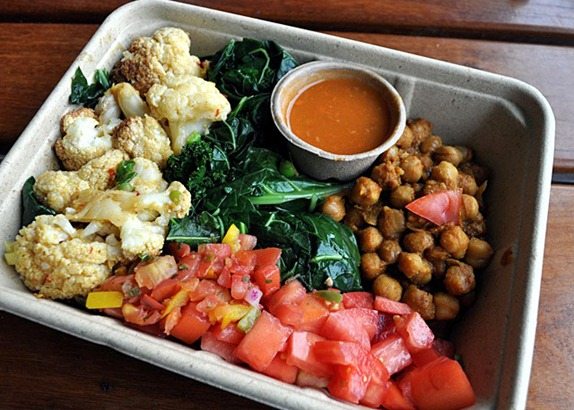 I was rejuvenated by the thick Coconut Chai Milkshake.

Ready to take on the world! Or our next destination, at least. I’d found this one the night before, while mapping out a rough itinerary. What did we do before google? Does anyone remember? 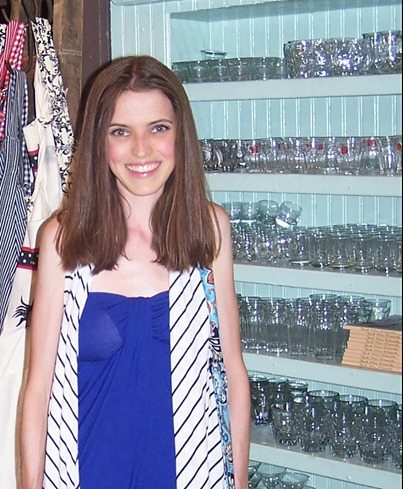 And it is called… Fishs Eddy???

Weird name, awesome place! Seriously, why did no one tell me such a store existed outside of my dreams? Imagine a room of wall-to-wall dishware in every shape, size, and color of the rainbow. What you’re imagining is called Fishs Eddy.

When I first got into photography, I thought one was supposed to use patterned dishware in flashy colors and shapes. But I’ve learned it’s actually better to work with plain dishes so that they don’t steal the thunder from your main subject—the food, itself. 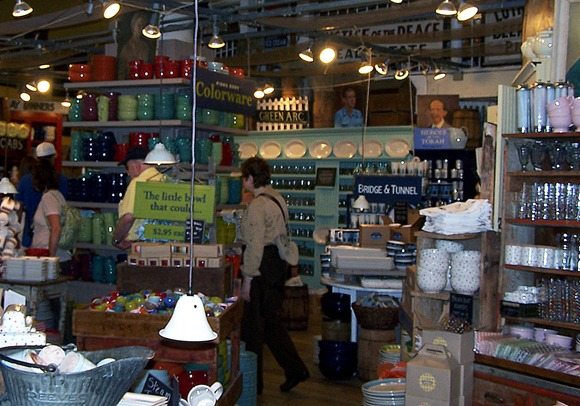 However, plain need not equal boring.

I stuck to monochromatic dishes: a few baby bowls (shown in the above photo, under the sign that says “the little bowl that could”), a pink mug (top-right of the photo), and a little white plate. Oh, and I also found the cutest straws!

The best part about Fishs Eddy is that they will ship to your home. And because my home is in Texas, that meant no tax (which almost cancels out the shipping fee)! Plus it meant I didn’t have to carry the purchases through the city. On the other hand, this made it more difficult to restrain myself from buying out the store. But I’m proud of the job I did in treating myself—because, after all, I’m on vacation—yet not going overboard.

(By the way, my friend Jessica was not at all interested in Fishs Eddy. She did her own shopping at nearby stores, and we met up afterwards.) 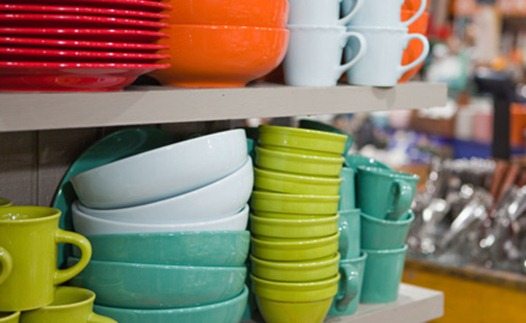 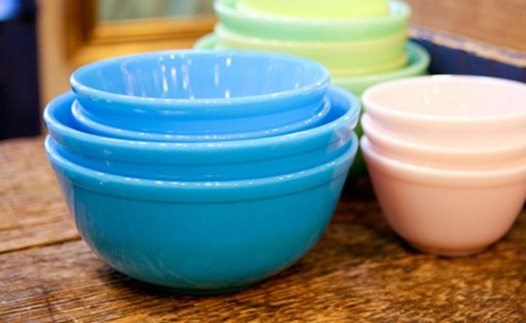 Later in the evening, we got a quick bite to eat, courtesy of the Whole Foods hot bar.

The above picture is actually from last year, as I didn’t bother to take a photo this time. Yesterday’s dinner consisted of the following: okra gumbo, chana masala (I love their chana masala!), quinoa, and a raw kale salad with blueberries and strawberries.

Two favorite stores in one day!

Then we walked to the Harry Potter exhibit, which honestly was not worth the money. But I made up for it by coming back to the hotel and eating chocolate. Chocolate makes everything better ;).

What are your favorite types of shops?

When I was a kid, my favorite was obviously Toys R Us. As a teenager, I liked stores such as American Eagle and Gap. But after a while, there are only so many t-shirts, tanks, and jeans a girl can buy–especially when she’s not growing anymore. Now, my favorite stores are places like Barnes and Nobles, Crate and Barrel, and Whole Foods. Or even SuperTarget!

Chia Winners
Chocolate Cheesecake… and what the heck is todok?
FacebookPinEmail