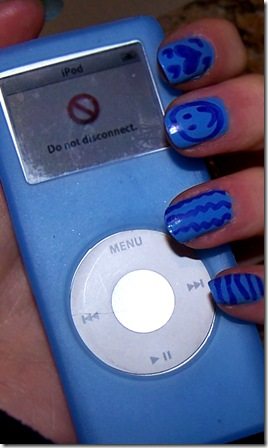 A few readers have left comments on the post or sent emails asking about how to get enough iron, B12, etc. on a vegan diet. The truth is, it’s not hard at all! Here was my answer to one of the emails:

In terms of getting good bloodwork results, the most important thing you need to be sure you’re doing is eating enough calories. A few years back, when I first started running, I didn’t realize how much I needed as a runner, and I ended up undernourished (I won’t bore you with details here, but I wrote about it in my Hello from CCK post).

My protein levels were low, and I was borderline anemic. But that all corrected itself when I realized I needed to eat more for my activity level. Initially when I went vegan, I made sure I had enough sources of B12. It was pretty easy: B12 was in Luna Bars, my soymilk, nutritional yeast, etc. But a few years ago, I noticed that since I’d switched to unfortified almond milk and wasn’t eating much nut yeast or many Luna Bars anymore, I needed to be more careful about getting enough B12. It’s really easy to see if you’re deficient in B12: Just look at the labels on the stuff you’re eating and add it up. If it’s not over 100%, you need to find more sources of B12 to add to your diet. Except for minute amounts in plants (not enough to count), B12 in a vegan diet is only found in fortified foods. Look for cereals, Wild Bars (my favorite hehe), fortified milks, Luna Bars, some protein powders, Red Star nutritional yeast (a great source of B12), etc. Then make sure you’re getting 100% every day (or more than 100% on some days; it stays in your system for a long while, so you can go overboard on some days and thus have to eat much, much less than 100% on other days). In my case, I’ve added nut yeast back to my diet. Along with the Wild Bars, my protein powder, and kombucha, I’m good to go.

As for iron, if you google “iron and vegetarianism” you’ll get loads of information. My iron levels came back fine, so I don’t really worry about it, but I know that iron is better absorbed when you eat it at a meal where foods rich in Vitamin C are present. Also, leafy greens are a great source of both Vitamin C and iron. But less iron is absorbed with calcium-rich foods, so if you’re taking a calcium supplement, you should take it at the meal where you’re eating the least amount of iron. Fortified foods are good sources of iron, as are beans, blackstrap molasses, some sea veggies (dulse is very high in it), some nuts, greens, etc.

All in all, if you eat a variety of foods–emphasizing whole foods, especially veggies and fruits–and take in enough calories to meet your energy needs, you shouldn’t have to worry much about specific vitamins. If you’re really curious, you can always sign up for a free account on fitday.com and and log your daily eats once in a while. Or, if you’re worried that you are deficient in something, see a doctor for a blood test. One reference that helped me tremendously when I first became a vegetarian is a book called The Vegetarian Way.  It has chapters on specific nutrients, as well as chapters on vegetarian athletes, teenagers, how to first “go” veg, how to eat out as a vegetarian, prepare veg foods on a budget, and more.  It really is a great book to look into buying.

I do now take a vegan Omega-3 supplement, made by Minami Nutrition. It’s not that one can’t get enough Omega-3s on a vegan diet, but I just want to be sure and not have to worry about it.

Nail art of the day: I renamed the shade “Ipod blue.” When I went to pick up my ipod, I noticed my nails blended right in. (Please excuse the dirty ipod; he’s been around the block… and then some!)

It’s no Watermelon Manicure … but I had fun using my new nail-art pen.